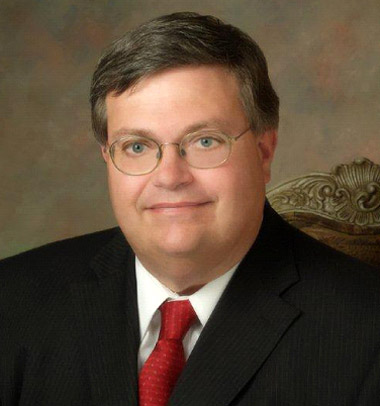 Clyde Siebman is senior partner of the law firm Siebman, Burg, Phillips & Smith, LLP. His practice is concentrated on civil cases in Federal Courts throughout the Eastern District of Texas and the Dallas Division of the Northern District of Texas. Clyde has also served as a Special Prosecutor in Grayson County and as General Counsel to the Sheriff of Grayson County. He is listed by Reuters as a Texas Super Lawyer and is listed in Best Lawyers in America.

Clyde is active in Republican politics and has served as County Chairman of the Republican Party of Grayson County and as a Committeeman on the Republican State Executive Committee. He is a former Presidential Elector on the Electoral College of the United States and served as a Commissioner on the Red River Boundary Commission that successfully negotiated a compact with the State of Oklahoma settling the issue of the border between Texas and Oklahoma, a dispute dating back to the Louisiana Purchase. Clyde has served on the Board of Directors of the Red River Authority of Texas, Texas Association of Business and State Bar of Texas.

Clyde is married to Judge Carol Siebman and the couple has one daughter who is also an attorney. In his spare time Clyde likes to travel, hunt and spend time outdoors. He is a life member and political volunteer coordinator of the National Rifle Association.