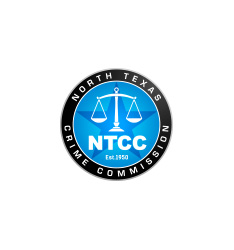 Born into a military family, Matthew Foster moved around the first 5 years of his life before his family settled down in New Braunfels, Texas. He attended New Braunfels Independent School District from kindergarten through 5th grade and then moved to the other side of the river, as they say, to attended Comal ISD . He graduated from Canyon High School in 2002 and lettered in both football and power lifting. He was very active within his church youth group and routinely volunteered at the New Braunfels Food Bank.
The events of September 11, 2001 fundamentally changed Matthew’s outlook on life. Sitting in class his senior year watching the World Trade Center fall, he knew he wanted to service his country. Shortly after graduating, he joined the United States Army. He was stationed at several training posts before he made it to his first duty station, Fort Campbell Kentucky. As a member of the 101st Airborne Division, he deployed to Iraq in 2005 in support of Operation Iraqi Freedom. Being deployed for a little over a year, Matthew earned several awards and decorations for his service. Matthew was honorably discharged shortly after returning from Iraq and moved back to Texas.
He began attending Austin Community College. After two extremely successful semesters, he transferred to the University of Texas at Arlington. While attending college, his desire to serve never stopped. He graduated from the University of Texas at Arlington in 2011 with a Bachelor’s degree in Interdisciplinary studies, with a focus on public policy. He chose to continue his education and enrolled in UTA Masters of Public Administration program and graduated 2014 with certificates in Public Budgeting and Taxation as well as Nonprofit Management.
Public policy and government has always been a passion for Matthew. He has served as an advisor on economic, education and veteran issues for several Texas Congressional leaders and State Representatives. He currently works as a Regional Director of External & Legislative Affairs for AT&T. He belongs to several legislative work session study groups, public policy committees and policy think tank organizations.
Matthew’s commitment to service has been recognized by countless state leaders. Texas Governor Rick Perry called Matthew “A Wonderful Patriot.” He was appointed to the Texas Veterans Commission Fund for Veteran Assistance Advisory Committee in 2012-2014 and served as vice chair in 2014. That fund as awarded $23.8 million in grants benefiting over 150,000 Texas Veterans. He now serves as the Chairman of the Dallas/Fort Worth USO Advisory Board, the Collin College Foundation Board, the YMCA Board of Directors in Plano, and is active in several other North Texas nonprofits.
Matthew’s love for the community and public policy is trumped by only thing, his love for family. Matthew married is wife in 2005, just one month before he deployed to Iraq. They welcomed their son, Jackson, into their lives on December 26, 2016 and never looked back. Vanessa and Matthew love going to country music concerts with friends and both are avid Texas Rangers fans.